Skip to content
noun. the capacity to have an effect on the character, development, or behaviour of someone or something, or the effect itself.
verb. have an influence on.
As a verb, influence typically means “to affect or change someone or something in an indirect but usually important way.” Something or someone that influences a person or thing, then, has an influence on that person or thing.
Social influence refers to the way in which individuals change their behavior to meet the
demands of a social environment. It takes many forms and can be seen in conformity, socialisation, peer pressure, obedience, leadership, persuasion, sales, and marketing.
Some questions to consider regarding influence:
How are we influenced to think and behave? How are we shaped as human beings?
There are so many things that influence us in our lives:
Society… Culture… Language… Word of mouth… Family and Friends… Community… Social status… Cultural Capital… Persuasion… Knowledge… Education… Experience… Profession… Storytelling… Media… Advertising… Propaganda… Arts and Music…
Each sector of our lives, each social sphere, each segment of our identity influences us.
But influence is not a one-way process. As we are influenced, we also influence others. So other question to consider are:
How do we influence others? How do we increase our influence as an individual?
As individuals we influence our friends and family.
As parents and carers we influence our children.
As teachers we influence the children we teach.
As leaders we influence the teams we serve.
As tweeters we influence who follows us.
As writers and bloggers we influence who reads us. 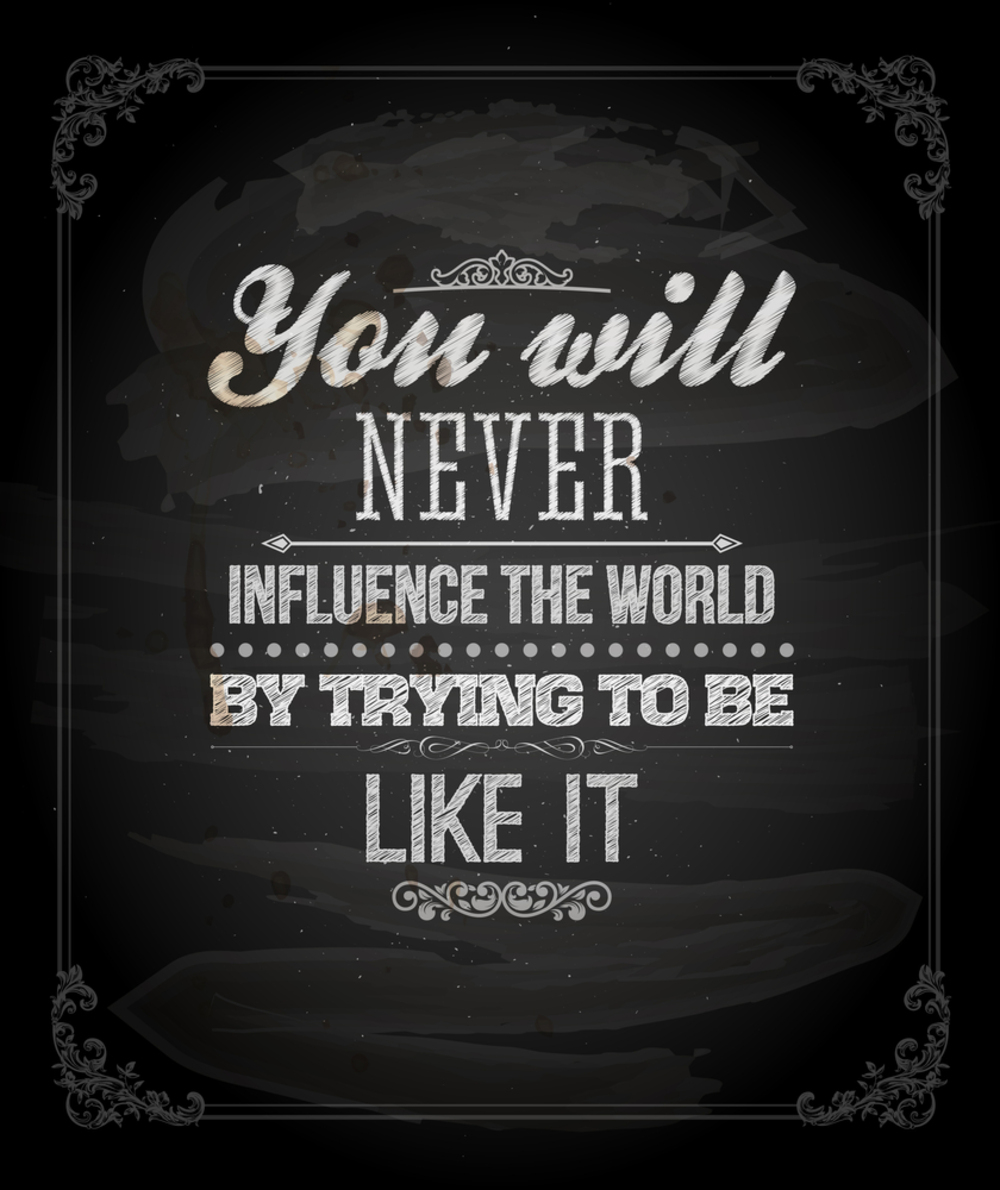 We all have a sphere of influence. Whether we like it or not. The more established we are, the more senior we become, the wider the reach we have, the larger the following we have, the bigger our sphere of influence becomes. With influence comes responsibility and accountability.
But our ability to influence and be influenced, is also framed through biases. These biases come from the values instilled in us, the experiences that have conditioned us, the circles we move in. A bias is a frame, a lens, through which we see, hear, filter and interpret information.
Biases distort and disrupt objective contemplation of an issue by introducing influences into the decision-making process that are separate from the decision itself.

Emotional biases typically occur spontaneously based on the personal feelings of an individual at the time a decision is made. They may also be deeply rooted in personal experiences that also influence our decision-making.

So when we are thinking about influence we also need to think about power and privilege. When we are reflecting on who influences us we need to think about the subliminal and sub-conscious messages we absorb through the choices we make – what we read, what we watch, what we listen to, who we follow and who we engaged with. Each choice influences our thinking. We need to filter the dominant narratives and the loudest voices, we need to select our thought leaders carefully.

To influence others is to be the best version of yourself you can be.

“We never know which lives we influence, or when, or why”.
Stephen King

To influence others is to be a visible role model with conviction in each action.

“The most influential people in my life are probably not even aware of they’ve taught me”.
Scott Adams

To influence others is to model the behaviours we want to see.

“If you want to help others and become a person of influence, keep smiling, sharing, giving and turning the other cheek”.
John Maxwell

To influence others is to lead by example, with integrity and authenticity.

“The key to successful leadership today is influence, not authority”.
Kenneth Blanchard

To influence others is to share a vision, a mission and values and to create a legacy.

“Leadership is about making others better as a result of your presence and making sure that impact lasts in your absence”.
Sheryl Sandberg

To influence is to empower.

“Having influence is not about elevating self, but about lifting others”.
Sheryl Drew

To influence is to serve others. 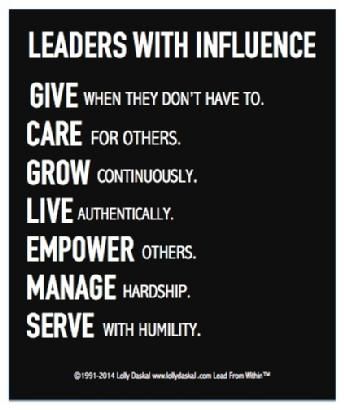