Skip to content
Fragility: noun. the quality of being easily broken or damaged; the quality of being easily harmed or destroyed.
Life is fragile. The world is fragile. Humanity is fragile.
When I think of fragile things I think of  bubbles, snowflakes, panes of glass, flowers, butterflies, glass baubles and dandelion clocks.
Fragile, delicate things. Things that break easily. Things that shatter.

The universe has spoken in the last few months and reminded us of the fragility of our lives, our world and our humanity.
We have been reminded that we are not in control. We have been reminded that life is short. We have been reminded that we will all die one day.
I have always been afraid of death. I had nightmares as a child about it. I would wake myself up crying, scared of people around me dying.
As a 41 year old I have surprisingly never been to a funeral. I have attended just one memorial for a friend who died of cancer when we had just finished university. Her body succumbed to the illness on her third wave as it crept into her spinal cord.
Synonyms for fragile include brittle, breakable, flimsy, weak, frail, delicate and eggshell. For fragility we can interchange frailty, weakness, delicacy and vulnerability.
I sometimes wish we could wrap our loved ones up in cotton wool, put them in a bubble to protect them from harm.
Thinking about the calcified shell of an egg, I wonder about the scientific wonder of a brittle layer, holding life within. Protecting the inner contents from force, desiccation and danger.
Fragile things need to be guarded, they need to be treated with care. One careless touch can irrevocably damage that state of a delicate object. 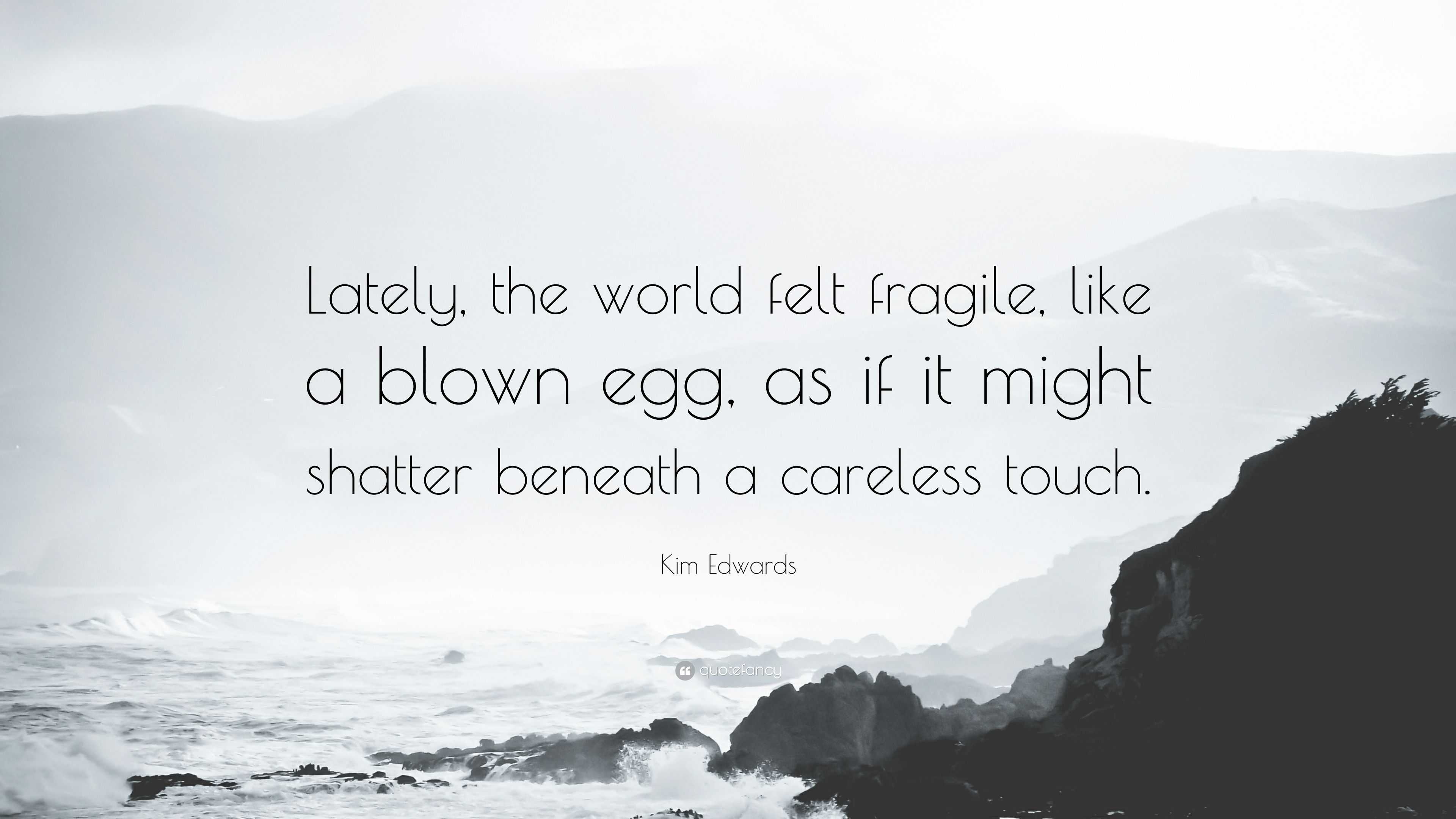 But then we come to white fragility. A term that has become part of the common parlance in the #BlackLivesMatter narrative.
Unlike, the delicate, beautiful, fragile objects we need to preserve and protect, white fragility, to the converse does need shattering.
White Fragility: noun. discomfort and defensiveness on the part of a white person when confronted by information about racial inequality and injustice.
In 2011, Robin DiAngelo coined the term “white fragility” to describe the disbelieving defensiveness that white people exhibit when their ideas about race and racism are challenged—and particularly when they feel implicated in white supremacy.
I repeat: Life is fragile. The world is fragile. Humanity is fragile.
Yet, we have an issue. We seem to be more uncomfortable in being party to a  conversation about racism, than we are about the act of racism itself.
All human lives are fragile, there is not a hierarchy of some lives being of more value than others. We live in the same world, but some parts are more fragile than others. Some inhabitants exist in more delicate and more fragile situations than others. Humanity is fragile, but there is a scale of fragility. We will all die, but we do not all fear death and danger, day in and day out.
We, as white people,  need to educate ourselves on our whiteness. Words I am reading, seeing and hearing regularly that need unpacking:
White privilege: white skin privilege refers to societal privilege that benefits white people over non-white people in some societies, particularly if they are otherwise under the same social, political, or economic circumstances.
White supremacy: is the racist belief that white people are superior to people of other races and therefore should be dominant over them.
White power: a white supremacist slogan designed to mimic the “black power” slogan often used by African-Americans in the 1960s/70s. It is a commonly shouted at white supremacist events as a racist rallying cry.
White silence: white silence is experienced by members of the White culture who, during discussions of racial issues, experience negative emotions including guilt and anger. When these feelings are not addressed, Whites begin to resist certain content areas. This resistance takes on the form of White silence.
White allies: a white ally acknowledges the limits of her/his/their knowledge about other people’s experiences but doesn’t use that as a reason not to think and/or act. A white ally does not remain silent but confronts racism as it comes up daily, but also seeks to deconstruct it institutionally and live in a way that challenges systemic oppression, at the risk of experiencing some of that oppression. Being a white ally entails building relationships with both people of color, and also with white people in order to challenge them in their thinking about race. White allies don’t have it all figured out, but are committed to non-complacency.
White tears: The phrase has been used to gently tease white people who get upset at things they think threaten their white privilege. It’s been used to poke fun at white people who think that talking about race makes you a racist.
Whitesplain: ‘splain’ has since become an affix signifying a patronizing, condescending explanation, usually given by a person in a privileged position. Whitesplain, then, is when a white person explains a topic, often concerning matters of social justice or minority culture, in an overconfident, often inaccurate manner to people of color.  (A new one I heard for the first time this week is: “PrivSplain”)
White panels: white people need to get better at seeing race, addressing it, and addressing our own complicity. Taking part in all-white panels – especially on a subject where race is central – simply isn’t good enough.
Other phrases that are showing up repeatedly that we also need to consider the significance and connotations of are: White pillars. White solidarity. White equilibrium. White racism. White progressives. White hostility. Colour Blindness. Why is it so hard for white people to talk about racism?
This is the question posed by academic Robin D’Angelo in her book “White Fragility”. Her research exposes racism in thought and action – it is a call for humility and vigilance.

“The problem with white people,” she says, “is that they just don’t listen. In my experience, day in and day out, most white people are absolutely not receptive to finding out their impact on other people. There is a refusal to know or see, or to listen or hear, or to validate.”
Robin D’Angelo

I have seen a lot of white people get very uncomfortable about what to do and what to say in the current context. Conversations about racism will cause discomfort and defensiveness. Our focus and attention should be on the discomfort of others, our defence should be of lives not egos.

We, as white people, need to get comfortable with being uncomfortable, that is how we listen, we learn and we progress.

We, as white people, need to put our disbelief and sensitivity to one side and we need to be aware that we are complicit in society’s institutional racism.

We have had a wake-up call, and we need to put our fragility to one side, and respond.

We need to check our privilege and we need to commit to being better, to doing better. One thing I am going to commit to continuing to do is calling out all-white line ups.

As women we have critiqued all male line ups at events, but as women now penetrate more panels and their voices are heard in more spaces, we need to make sure that white women are opening the door for brown and black women to step in and share that space. I am seeing too many influential white women in education accepting to speak at events where there is not diverse representation. This is not good enough.
We need to pop the bubble we exist in.
Brene Brown has started a campaign this week called #ShareTheMicNow to model how to do that.  Please check it out.